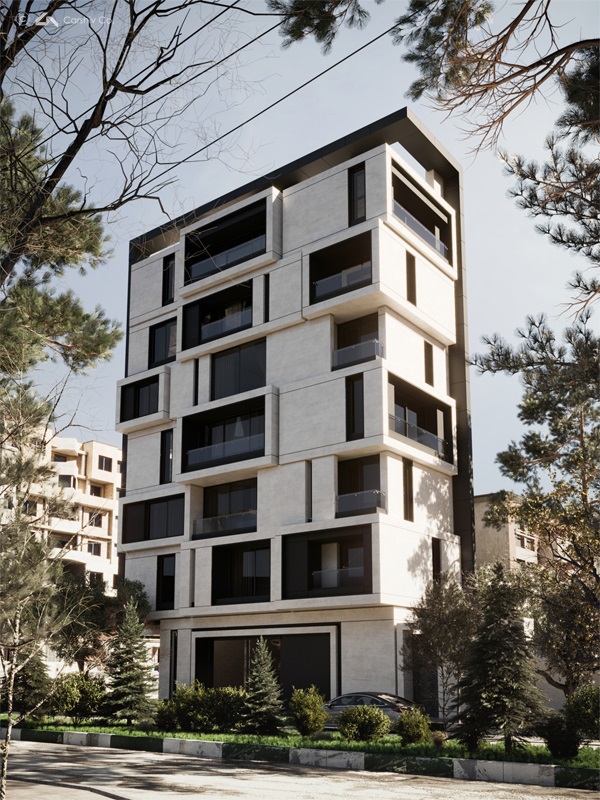 Mashhad, the second largest and most populous city of Iran; It has a variety kind of architecture, in its transition from historical eras and its religious background. Which has led to the turmoil of urban space and its architectural identity today; The identity that is neither modern nor adherent to its own historical tradition. This context has created a multitude of worthless and purely populist constructions in this city. 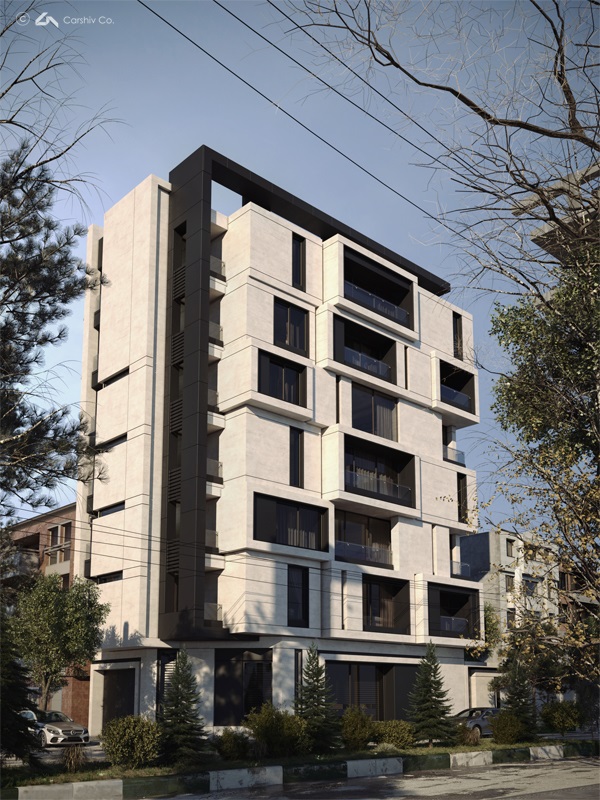 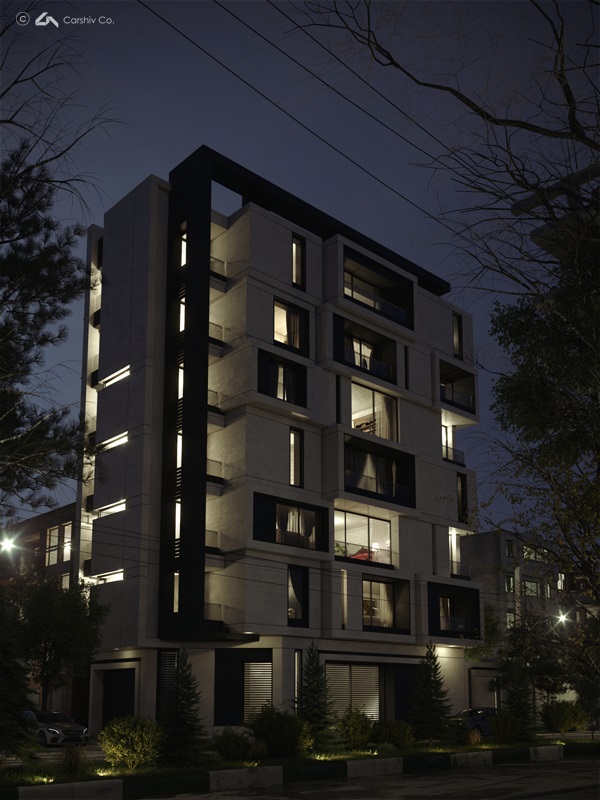 The building is located in the west of Mashhad, in one of its developing regions. The building is a six-floor residential complex and is under construction. The main façade design's challenge was existing main structure and its low change possibility. 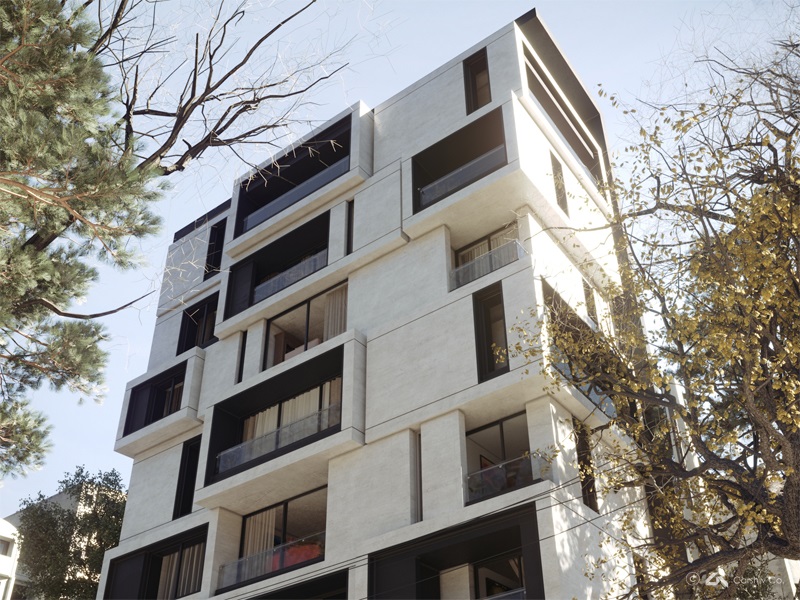 Located in a position that had a wide range view around, and three facades for the design, it was attempted to maximize the openings on the facade to provide plenty of light and visibility for the inner spaces. Due to the limitations of the structure implemented in the design process, we have found that the best solution was to split the facade into smaller units to have more flexibility in design with fewer changes to the existing structure. 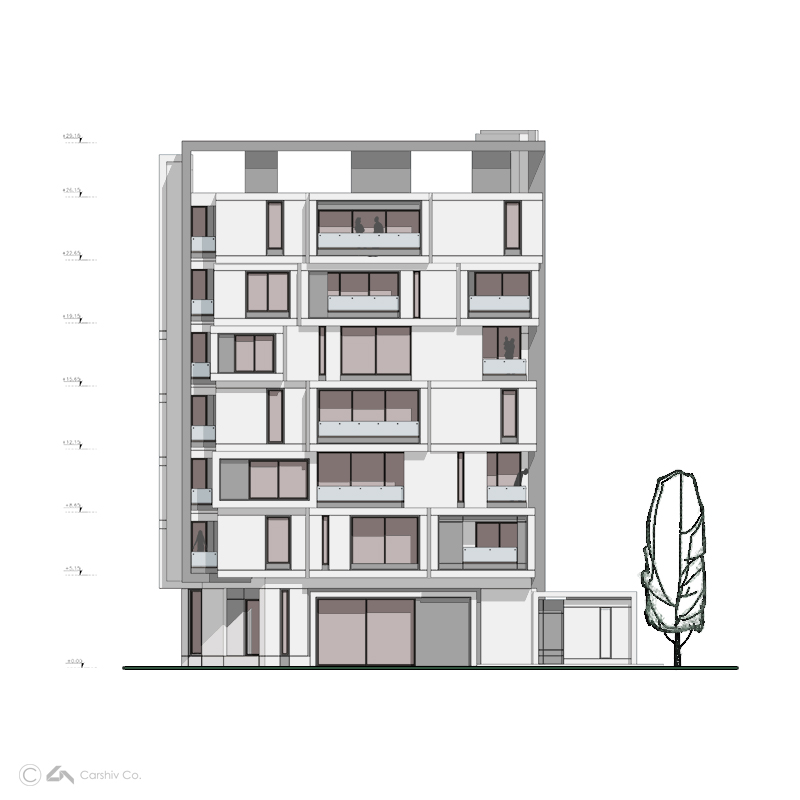 The main facets of the building became cubes, which representing the spaces lies behind them. The emptying out and seting back the inside of these cubes made the chance of creation private terraces for most of the spaces, and in addition to providing good views from the inside out, providing a good shade for the interior and give a variety to the facades.

Finally, the facade of this residential complex was formed with minimum manipulation the existing structure and minimum coming forward, what that we call "attractive simplicity". 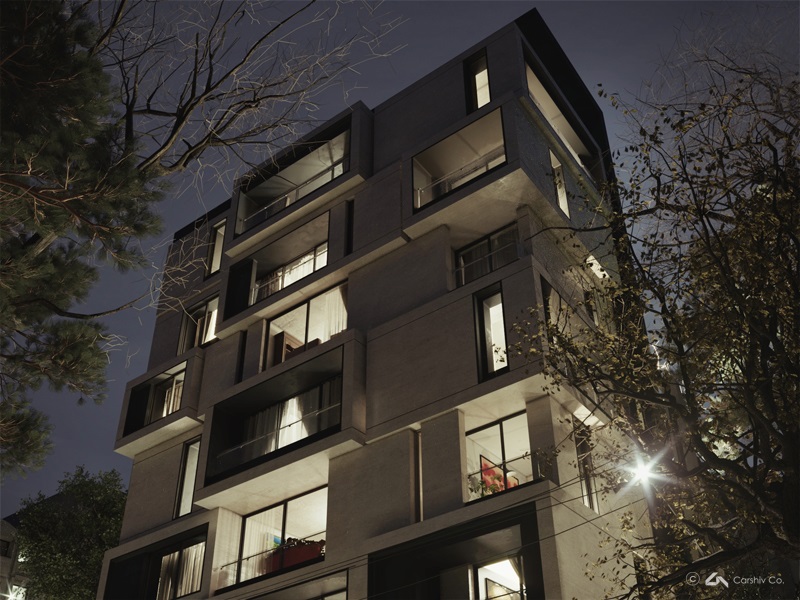 A new palace to the glorious of his Greek ancestors.

Memories and the balance between place, matter, light, and shadow

Stands in the ruins of an old country house